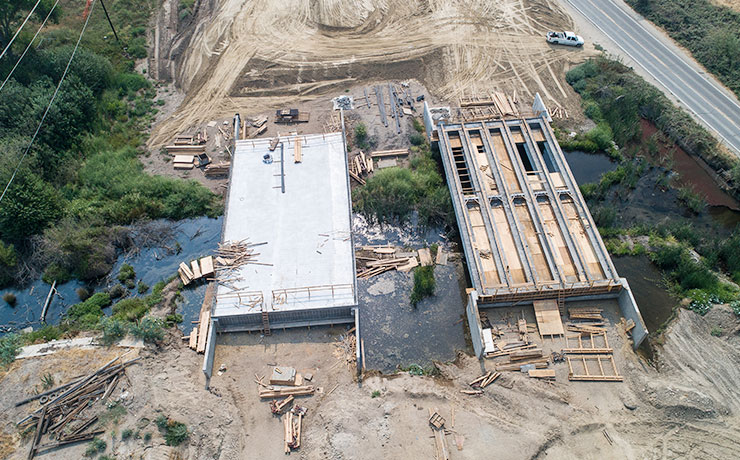 The California Department of Transportation (Caltrans) and Fresno County Transportation Authority (FCTA) will mark the beginning of work on the final segment of the “Kings Canyon Expressway” with a groundbreaking ceremony on Thursday, October 12 at 11 a.m. at the Thorburn Access Park.

The $55 million project will extend the current 4-lane expressway 4.5 miles from Smith Avenue to Frankwood Avenue in Eastern Fresno County. This project aims to facilitate improved traffic flow within this rural area and provide an enhanced route between the metro Fresno area and both Kings Canyon and Sequoia National Parks.

“Over the years, Fresno and the surrounding communities have experienced a population surge and it’s our job at Caltrans to provide roads that can accommodate such growth,’ said Caltrans Director Malcolm Dougherty. “And with two national parks in their backyard, it’s only fitting that local residents have a quality access route to those destinations.”

Construction of this project will also alleviate traffic congestion on local streets of rural communities, reduce travel time and increase overall safety for motorists. Funding for the project was made possible via state and local partnership programs including Measure C, a ½ cent sales tax passed by Fresno County residents in 1986 and continued in 2006.

“This project is another great example of the long-standing partnership between Measure C and Caltrans to improve transportation in Fresno County and reaffirms Measure C’s commitment to the voters of Fresno County – Promises Made, Promises Kept,” said FCTA Executive Director Mike Leonardo. The project is scheduled for completion in December of 2019.